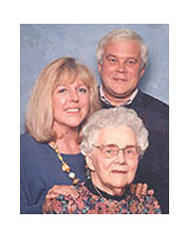 What does a nursing home cost
in Maryland?

Are you considering nursing home care for someone you love? If you're struggling with this difficult decision and you live in Maryland, plan on spending about $261 per day. That's the average cost in the state for a Semi-Private room, according to a survey published by the MetLife Mature Market Institute*. The projected yearly cost of $95,265 is based on an estimate of 365 days. (A private room has an average cost of $290 per day, or $105,850 a year.) 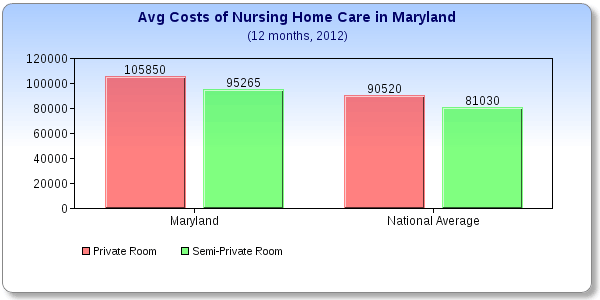 The Price Depends on Where You Live in Maryland.

Maryland was the 12th most expensive state for nursing home care.

This website is created by
The Dibbern Family.
Contact us. Our Home page for this site.
Our privacy statement is very simple.
Our senior care pages: